This group was initiated by Gerard Klein and Dick de Graaf, and founded in fall 2007. It’s about bringing classical musicians and jazz musicians together playing composed music by contemporary composers also from both branches of music. Clazz ensemble played at the North Sea jazz festival 2009 and 2011. In the meanwhile the band is growing a solid reputation, playing different kinds of programs by the name of “His Masters Choise”, featuring composers like Louis Andriessen (2012), Jacob ter Veldhuisen (2012/2013) and Frank Carlberg (2013/2014).

Most recent project “Monk Inside Out” (2014-…), is inspired by the music of Thelonius Monk.

No shows booked at the moment. 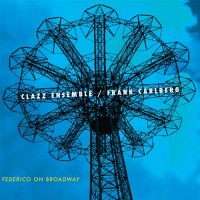 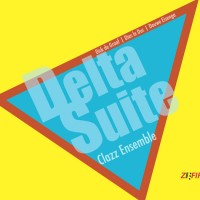 The combination of the Clazz Ensemble & Frank Carlberg proves to be considerable fun on Federico On Broadway, an hour of original music by Carlberg recorded live at the Bimhuis in Amsterdam. The 12-piece Clazz Ensemble strikes just the right balance between parody and respect in interpreting Carlberg’s themes. Play the whole disc through from start to finish and you may be tempted to applaud along with everyone who was lucky enough to make it to the gig. (skremsky.tumblr.com)
The ensemble plays music which crosses borders, where composition and improvisation interlock and coalesce into a new concept. That is no less true also for the playing of the Clazz Ensemble. It is so full of development, precise accents and impressive consistency. Technically very skilled and high artistic quality. (Frank Huser)
…it was music that held the constant curiosity, what more do you want as a jazz listener (Bert Vuysje)